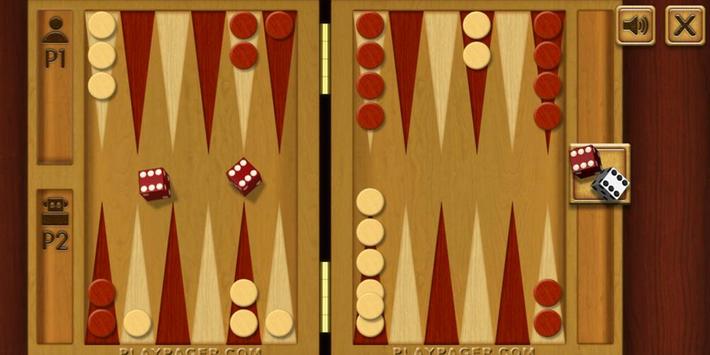 Play classic Backgammon against the built-in computer opponent or play against a friend locally taking turns on your device in two-player mode.
Lightweight app, only approx. 5MB.

Difficulty level: Low to medium. Suited for beginners and casual-level Backgammon players. The gameboard will highlight possible moves when you select a piece.
This is a small, quick and lightweight app that use only 5MB memory. It does not have a lot of extra options, just the fun gameplay. The computer opponent plays on the level of an average Joe, so the games are suited for beginners and casual-level players (or elite players who like to win 😉). He will try to outsmart you with various tactics, but he doesn’t think too far ahead. Sometimes he’s hard to beat, but sometimes he makes serious mistakes too, so there is some fun involved.
The app is based on Playpager’s official Classic Backgammon game.
Have Fun!
🤓 🤓 🤓
A quick introduction to Backgammon:
Backgammon is a game for two players with some luck involved (from rolling dices) but in the end the player that displays superior skill and tactics will usually win by choosing the best moves and by anticipating the opponent’s countermoves.
The Backgammon board has 24 long triangles, called “points” (12 on each side in red/white). The points are numbered from 1 to 24, starting in the bottom right corner (towards you) and counting clockwise around the board.
At the start of the game, all your checkers are placed in a determined pattern across the playfield. The objective of the game is to move your pieces counter-clockwise around the board from their starting positions all the way to the 1-point triangle, and then off the board completely (remove them). The first player to remove all his/her checkers, is the winner of the game.
BUT you cannot start moving your checkers off the board until ALL your checkers are in your “HOME BOARD”: the triangle points 1 through 6 constitutes your HOME BOARD (also called “inner board”).
Some rules:
Each checker can be moved to any point that is not BLOCKED: When your opponent has two or more checkers on a point, then that point is BLOCKED. (If the point has your own checkers, no checkers, or only one opponent checker, then that point is NOT blocked.)
A player who rolls two of a kind gets to move double the numbers on the dices.
When moving the same checker with both dice numbers, the intermediate points must be open (not blocked). For example: if you roll a 3 and a 4, you can only move your checker 7 points if point 3 and 4 is not blocked.
A player who moves his checker to a point occupied by only one of the opponent’s checkers (called a “blot”), can “hit” (take) the opponent’s checker and place it on the bar in the middle of the board. Then the opponent is required to return that checker into the game before making any other moves. The checker must be entered back into the game via his/her point 24. If the checker is blocked from being returned into the game, no moves can be made, and the turn goes back to the other player.
When you have moved all your checkers into your home board, you are able to begin removing them. This is also known as “bearing off”. The first player to remove all his/her checkers from the board wins the game.
But if one of your checkers is hit by your opponent and placed on the middle bar while you are bearing off, you must move that checker back into the game and all the way to your home board before you can continue removing your checkers.
If a higher number is rolled than you have while bearing off, the farthest checker can be removed. Play Backgammon offline without an internet connection. 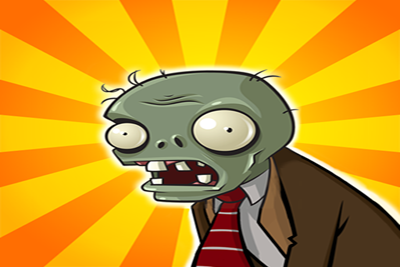 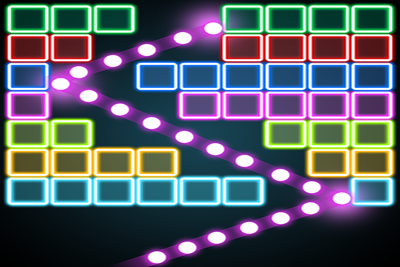 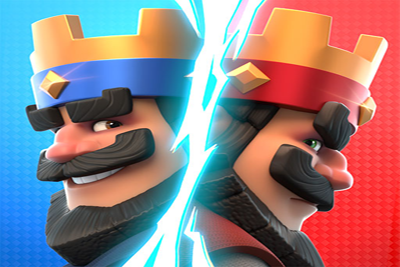